The Geelong Waterfront Safe Harbour Precinct Project includes a new wave attenuator, the development of the new Maritime Education Complex, incorporating the Victorian Sailing School, and the Yacht Club’s Off The Beach Centre, which provides vital programs for schools and students from all around Victoria. 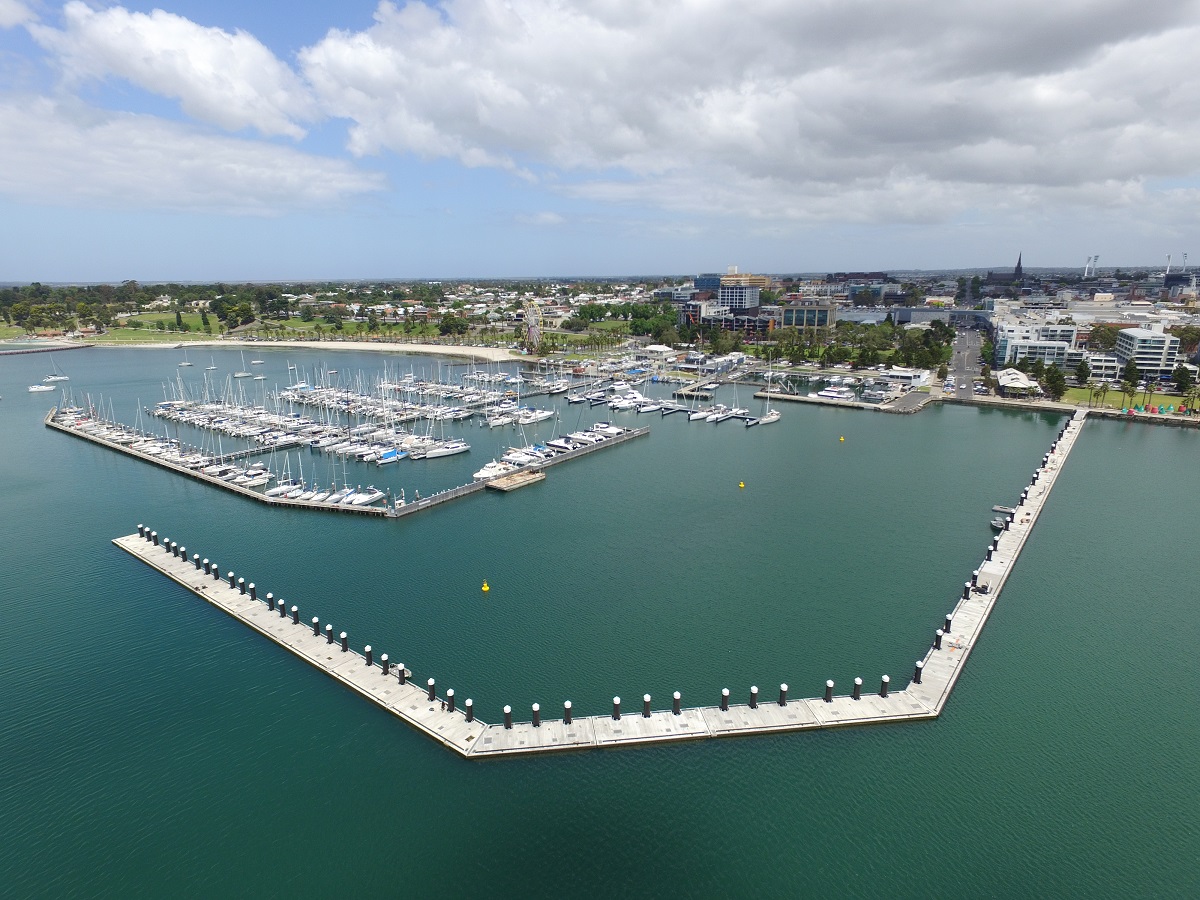 The 440-metre wave attenuator – named Wangim Walk (meaning ‘Boomerang’) – was completed and opened for public access in February 2021. The wave attenuator reduces the force of coastal waves to protect the marina and create a safe harbour for visiting vessels. The facility will be managed by the RGYC.

Wangim Walk has become a popular tourist destination, with the 440-metre boomerang-shaped structure increasing public open space at the waterfront for walkers and recreational fishermen to head out across the water. Sitting between Cunningham Pier and the Eastern Beach sea baths it is in an ideal spot to enjoy views of Corio Bay and the Geelong waterfront.

The attenuator formed part of the $19.35 million first stage of the Geelong Waterfront Safe Harbour Precinct Project, with a new Victorian Sailing School, redevelopment of the RGYC main club building and public realm to soon complete the upgrades. When completed, the project will transform and activate the precinct, improving connectivity and public access to the waters’ edge, supporting tourism and community activities, encouraging year-round visitation, and providing support for major events that contribute to the local economy.

The attenuator was funded through the $500 million Geelong City Deal – a 10-year partnership between the Australian and Victorian governments, and the City of Greater Geelong to secure the economic success of Geelong and its people. The Geelong City Deal will support the revitalisation of central Geelong and the region’s continued economic diversification, with particular focus on unlocking the significant economic potential of the visitor economy. The Royal Geelong Yacht Club are also substantial financial contributors to the project.